Contracting With the Government - potential pitfalls 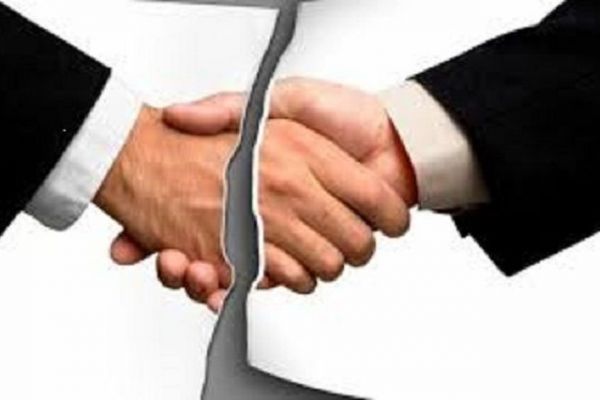 “A man, a man, a word, a word” is a well-known saying in Dutch. In essence it means that men (and women) of honor keep their word and comply with their commitments even in the absence of (extensive) written agreements. However, the Government does not always act in accordance with this saying.

Before elaborating on this, the following general note.

It not seldom occurs that a party that requests a specific performance (read among other: payment) from the Government encounters much more resistance than it anticipated. Sometimes a new Government does not agree with agreements made by its predecessor. It also happens that a (highly ranked) civil servant enters into an agreement on behalf of the Government and then afterwards the Government claims that this particular civil servant was not authorized to do so..

At times, the Government disputes the binding force of the agreements it entered into and practice has shown that the Government can be quite creative in arguing that signed agreements are not binding. In July 2015 the court heard such a case in summary proceedings. The Government had litigated with a party from the private sector and in the end the parties had amicably settled the dispute and laid down the terms of this settlement in a settlement agreement that was signed by two Ministers of Sint Maarten (the Minister of Finance and the Minister of Economic Affairs).
As payments were not forthcoming in a timely manner, the creditor started to sue the Government again. In this litigation, the Government used two arguments to dispute the binding force of the settlement agreement:

1. It stated that the Ministers that signed the agreement were not listed on the register as meant in art. 21 of the so called “Rijkswet Financieel Toezicht.” Henceforth they were not authorized to sign the agreement on behalf of the Government;

2. The Government stated that according to art. 20 of the law mentioned above, a Minister can only enter into an agreement that created (big) liabilities for the Government, if a provision for such an obligation is made in the annual budget. In this particular case no provision was made, henceforth – so the Government reasoned – it was not bound to the agreement;

Ad. 1:
The court did not buy the first argument. It appeared that in early 2013, when the settlement agreement was signed, there was no register made or at least not published. The court considered that the Government cannot claim that all legal acts performed by it since 10-10-10 were null and void, just because there was no register published. It was the obligation of the Government to make and publish a register and the omission to comply with the law could not be used against the opposing (contracting) party (the creditor).
Please note: at present a register is published and can be found on the Government’s website: http://www.sintmaartengov.org, then go to ‘Business,’ and to ‘Policies and Reports.’ You will find it under Ministry of Finance. In essence all Ministers are authorized to enter into agreements with a monetary value of less than ANG 50.000. Agreements with a higher monetary value require the approval of the entire Council of Ministers.

Ad. 2:
The court didn’t buy the second argument either. In essence the court considered that art. 20 of the Rijkswet Financieel Toezicht only has an internal effect and no external effect. In other words: a settlement agreement, for which no provision is made in the annual budget, is legally binding for the Government. However, the Minister who acts in conflict with this article is (politically) accountable to Parliament. In addition, the court considered that under circumstances, such a Minister may also be held personally liable, either by the creditors or by the Country Sint Maarten.

Therefore it can be concluded, that when a private sector party enters into an agreement with the Government, it is important to be aware of the potential pitfalls described above. To avoid problems afterwards, it is necessary to raise the question whether the Minister or civil servant that will sign the agreement is legally authorized to enter into the agreement on behalf of the Government. In addition, it is advisable to ask for legal assistance, especially if the interests at stake and/or the monetary value of the agreement is high. This is especially important because the Government does not always act in accordance with the saying: “A man, a man, a word, a word.”
More Publications