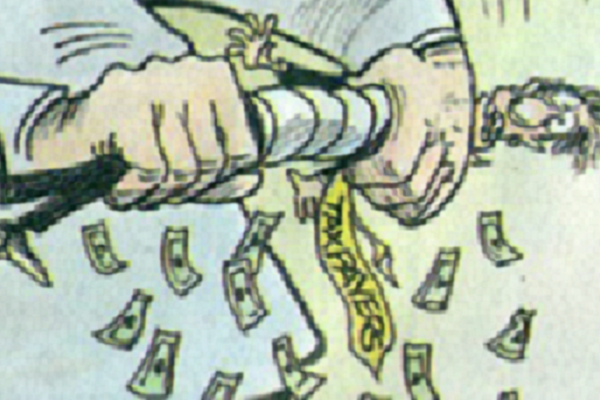 The Government, the Minister of Finance always needs money. The Tax Receiver collects and has been given privileges to do so since the government does it for us all, right? So, when the Tax Receiver starts to collect, he can hardly be stopped. Fortunately the law provides a reprieve.

If worse comes to worst and the Tax Receiver is about to seize the company’s equipment and assets, then there is a last resort: Tax Opposition based on the Tax Collection Ordinance (Landsverordening Dwanginvordering).

The Receiver has the extensive power to execute its tax claim through the issuance of a summons and without court intervention. This even applies when the taxpayer contests the tax assessment and the tax debt has not become irrevocable.
The Tax Collection Ordinance offers relief for the taxpayer to oppose the enforcement of a summons by the Receiver. The tax opposition procedure constitutes a suspension of collection measures by the Receiver. The article outlining the tax opposition procedure in the Tax Collection Ordinance is similar to the article in the Dutch Tax Collection law. Therefore, Dutch case law can be used as a guideline for the Sint Maarten tax practice.

However, the Supreme Court ruled on May 1, 2015, in line with its rulings of 1994 and 2007, that the court is the exclusive authority to lift the suspensive power of a tax opposition and not the Receiver. In addition to the fact that this was a deliberate choice of the lawmaker, the court observed that the execution of summons by the Receiver is, as such, not tested in court.
This ruling is also of great importance for the Sint Maarten tax practice. A Receiver who wants to roll on with collection measures despite a tax opposition by the taxpayer, should address the court first.
More Publications